The Real Madrid – Inter football match is a much awaited Champions League ‘battle’ by many. It is promised to be an extremely interesting tactical battle between the teams. After two matches, surprisingly, Real Madrid has only gained one point. It has lost home ground, and played a draw when visiting, but Real only managed to even up the score towards the end of the match. On the other hand, Inter played a draw both times. This will be an important encounter for both teams, as they can gain valuable points. There will be a lot of pressure on Real Madrid, even if playing on home fields and is more likely to win, as both teams will focus on attacking. Inter matches usually result in a lot of goals, while Real Madrid is also expected to score goals and focus on attacking. Based on the tactics each team uses and the strong attacking players both have, I am expecting multiple goals. For this reason my prediction is:
Both Teams To Score And Total Goals 2.5 – Yes And Over odds 1.62 from LV BET and EnergyBet

The tip is WINNER 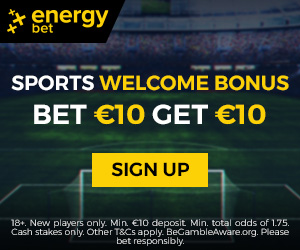