We hope you won with our Tuesday and our first free tip. Today we brought a tip for Thursday’s Europa League:

In the third round of the Europa League, the Serbian Crvena Zvezda and the Belgian Gent team will play against each other. Zvezda has 3 points after two matches. They lost against Hoffenheim, however they won (5-1) against Liberec. The team of Gent is the last one in the League, as they did not manage to win any of their matches. Gent will not have an easier job in Belgrade. Quarter of their team is injured and a 17 year old Oven Johmans will be the goalkeeper, as Bolat is banned from paying, the second goalkeeper is battling Covid-19, and the third goalkeeper is not registered to play in the Europa League. As a result there is great uncertainty for Gent, who is not playing the best on foreign fields, which should be enough for Zvezda to maintain its gained 3 points.
Zvezda vs Gent: Zvezda odds 1.72 from LV BET and EnergyBet

The tip is WINNER 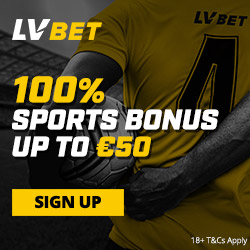